In 1951 and 1952, the directors of five adjoining school districts met in order to discuss the possibility of forming a larger school unit. After much deliberation and discussion, they felt confident that by combining their efforts and resources the educational system for the area would be improved. Thus, in July 1952, the Northern Lebanon County Joint School System was organized. It consisted of the following five districts: Jonestown Borough, Bethel Township, Cold Spring Township, Swatara Township, and Union Township.

In November, 1954, the voters of our school districts further consolidated their efforts by voting for a merged district. The merger became effective July, 1955. The name selected for the new district was Northern Lebanon School District. During September, 1956, the Building Authority advertised for bids for the construction of our new high school. Ground breaking ceremonies were held March 3, 1957, and building operations were begun immediately. The new building was ready for occupancy by September, 1958.

The Northern Lebanon School District is a small public school district in Lebanon County. The District is one of the 500 public school districts of Pennsylvania. Northern Lebanon was formed in 1956. The district covers an area of 144 square miles (370 km2). Within the district there are over 4,600 acres (19 km2) of public lands, including Fort Indiantown Gap Military Base, two state parks, and many campgrounds. 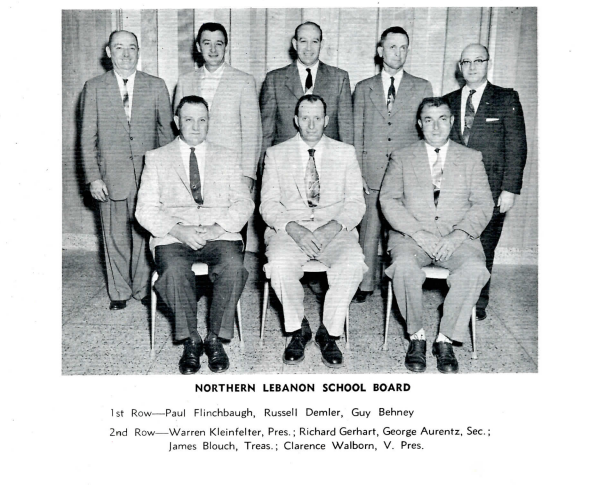